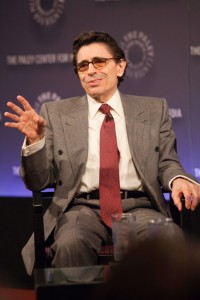 Edward Villella says he’s thrilled to be back in New York City, and if the audience at the Paley Center for Media Monday night is any indication, New York is just as thrilled to have him back. The great American dancer seemed to immensely enjoy his first public appearance in New York after his unexpected departure from his post as Artistic Director of Miami City Ballet. His daughter, Christa Villella, herself a dancer, interviewed the ballet icon.

The topic of MCB naturally came up and Villella seemed ready for the question. He said that a $37,000 budget deficit and a board that wanted to emphasize the business side of MCB persuaded him it was time to retire. As for future plans, Balanchine fans were thrilled to hear, “I want to revisit the ballets that took care of me when I was a dancer. It’s incumbent on me to repay that respect.” The Balanchine Trust has already invited him to set some ballets on other companies. Dare we hope he could make up for lost time and teach at the School of American Ballet? 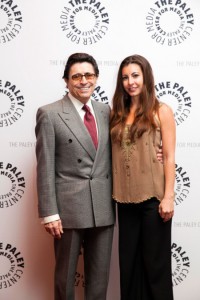 Villella told great stories about his ballet career – wearing a baseball uniform as a disguise and walking backwards up the steps of his dance school when he was a kid, to avoid ridicule; earning a degree in Maritime Transportation at the New York State Maritime College to appease his parents; working with Jerome Robbins on Afternoon of a Faun just a few weeks after joining New York City Ballet; and suddenly grasping how to dance The Prodigal Son after Balanchine mentioned Byzantine icons to him. Villella started studying books about icons, then realized, “Here is the entire port de bras of Prodigal Son.” (He also mentioned how Balanchine, confronted by a critic who asked him why on earth he chose Villella for the role, replied, “Well, you know, dear, he looks like nice little Jewish boy.”) 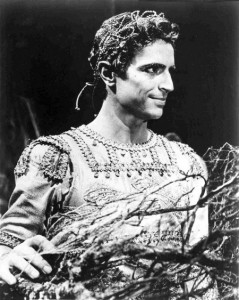 Villella’s voice is warm and calm. He’s eloquent and unpretentious. But his pride was clearly evident as he described receiving “the ultimate compliment”: Balanchine telling him he had excellently danced A Midsummer Night’s Dream. To support that statement, the audience saw a clip from the theatrical release of Dream. Stunning. Never were entrechats executed more beautifully.

The evening was studded with more fantastic clips – one from Gene Kelly’s “Dancing: A Man’s Game,” featured Villella and Olympic skater Dick Button, who was in the Paley Center audience and earned hearty applause. Next, Villella dancing the Sword Dance of Brigadoon so thrillingly that Fiona would have been nuts not to choose him as her husband. The final clip was from a terrific episode of “The Odd Couple” with Villella in a guest appearance. Tony Randall vibrating with excitement as he meets Villella! A meeting of artists in different media — a pure treat.

Sarah Morton does PR for dance programs at New York non-profit. As a little girl, she saw Margot Fonteyn in Cinderella, but her life really changed when she saw Balanchine’s Stravinsky Violin Concerto on “Dance in America.”