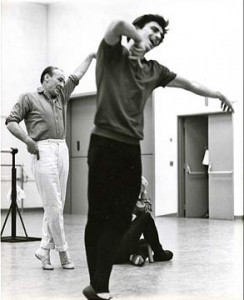 Coming to New York’s Paley Center for Media for an evening of conversation and television and film clips, the legendary dancer and artistic director Edward Villella will discuss his extraordinary and unique career. A regular performer, in the 1960s, on American television, Villella’s accessible appeal and hunky good looks made him a scintillating sight on television variety shows.

Villella bio: In 1957, Villella joined the corps de ballet of Balanchine’s New York City Ballet at the age of 21, and weeks later was cast as the star of Jerome Robbins’s Afternoon of a Faun—subsequently going on to have unparalleled success in a series of classic Balanchine ballets including Prodigal Son, A Midsummer Night’s Dream, Jewels, and Apollo. After retiring from the stage Villella segued into the role of Artistic Director. 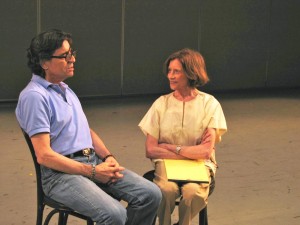 In 1986, Villella founded the Miami City Ballet, and led it to international success for over twenty-five years. Among his distinguished honors are the 1997 Kennedy Center Honor, and the National Medal of Arts, the 38th annual Capezio Dance Award, and the National Society of Arts & Letters Award for Lifetime Achievement.

The interview will be conducted by his daughter Crista Villella (the ballet mistress of Miami City Ballet) and clips from Mr. Villella’s career will be shown, including rare film footage from private collections.