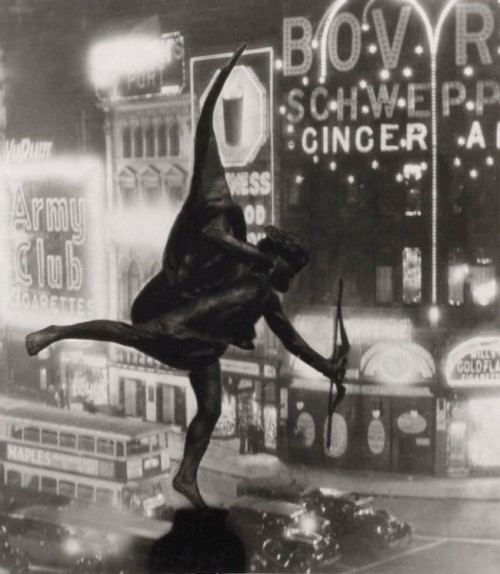 “Hoppé is to London as Atget is to Paris,” art curator Graham Howe tells us in an email. Howe manages the E.O Hoppé estate as the CEO of museum services organization, Curatorial Assistance, in Pasadena. He’s just organized a special exhibit of Hoppé’s London photography now on view at Bergamont Station in tandem with PhotoLA.

The German-born Hoppé’s lifetime love affair with his adopted city shows London from Mayfair to Limehouse, and across the social spectrum. It’s the London of Sherlock Holmes and George Bernard Shaw — the latter, Hoppé’s friend, who in the early 1920s encouraged the photographer to make artful images of Covent Garden flower girls, city workers and other street types, while memorializing the architectural beauty of old London.