Preparing our Letters of Transit for TCM Classic Cruise 1

The moment arrives soon for the first-ever … er, the first annual Turner Classic Movies TCM Classic Cruise. We fly to Miami on Wednesday and set sail this Thursday for a fun long weekend of floating film geekdom!

Getting our letters of transit in order is a huge challenge — but unlike Claude Rains, we do not have the proprietor of Rick’s Café Americain pointing a gun at our belly.

Among the other correspondents on board the S.S. TCM (otherwise known as the Celebrity Millennium), film bio-guru, Scott Eyman and his Palm Beach Post colleague, Lynn Kalber.

TCM has programmed great on-board screenings, including a special theme, a focus on “Hitchcock Blondes,” with special appearances by Eva Marie Saint for “North by Northwest” and Tippi Hedren for “The Birds.”

Ernest Borgnine will be present for discussion after screening “The Poseidon Adventure.” 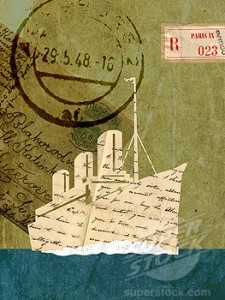 Beyond the actors, film director Norman Jewison will visit with us concurrent to a double-bill of The Thomas Crown Affair and In the Heat of the Night. That’s my personal favorite. Here is the events schedule, including screenings.

And, guess what dance people? The TCM program for the event mentions Jack Cole in both the film descriptions!!!

TCM hosts, Robert Osborne, just surfacing after a long work hiatus, and Ben Mankiewicz, will also be also on board.