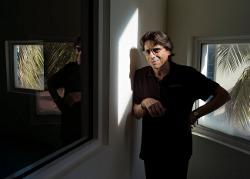 Since writing in the Los Angeles Times a few weeks ago about local hero (he got Disney Hall built) Nicholas Goldsborough’s appointment at Miami City Ballet in an executive function, we’ve been hearing screams through the grapevine that things are in a mess in Miami.

A story in the NYT clarifies  — while setting the record straight on Edward Villella’s role in Miami and beyond.

We’re talking here not just about some guy and his job, but a legend and a key contributor to American cultural history.

For many of them Mr. Villella was the only artistic director they had ever known. For Miami he was the force behind one of the nation’s finest regional companies, a troupe at the height of its renown. For the dance world he was a legend, one of the greatest male dancers produced by the United States. Read more …