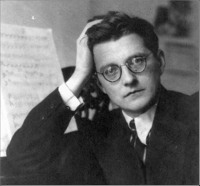 A few Mondays back, on September 19, in the dark days BPST (before Pacific Standard Time) …

… one of our favorite musical societies, Jacaranda, threw a swell do at the Skirball Center.

The idea was to mix & mingle, nosh delicious party food, and imbibe the nutritious musical offerings of composer David Lang, the evening’s honoree who was present at the event.

Lang, of course, is the Yale University professor and composer who, along with two colleagues, founded the hugely successful and cheekily named, “Bang on a Can” contemporary concert series.

Well, we all knew that — proudly. He continued … 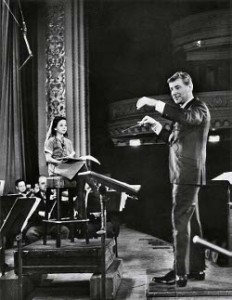 “I attended Bellagio Elementary School. When I was nine, it was raining, and we couldn’t play in the [school] yard. So they showed a Leonard Bernstein Young People’s Concert.” It was a real booster for our culture.

“My dad’s seated over there, I came from a family that was not musical. It was refined, cultured … wonderful. But not musical.

“After [Bernstein] conducted [a bit of?] Shostakovich’s First Symphony, Lennie turned to the audience and said, ‘Children, Shostakovich wrote this piece when he was 19 years old, and he became famous overnight.’

“Well [hearing this] I thought, ‘I still have ten years.’

“I became a huge Shostakovich fan, I started listening to all his music. In my junior high, I studied Russian, I went for a year as an exchange student.

“Now, here’s a funny L.A. story. The musicologist, Nicolas Slonimsky …  my Dad was his doctor. I grew up with him. I have his books. One is inscribed, “For David, whose Father has kept me alive!”

“[Before I traveled to Russia] I went to him, he gave me Shostakovich’s phone number.  I was there [in Russia] when he died (1975].

“He was dead, nobody knew. It was a secret. He was dead the whole summer I was there.

“I also had Arvo Part’s number in Estonia, but I didn’t call him either.”

The intimate Skirball program, which had the effect on this listener of soothing the savage, overwhelmed beast, included three short selections from Lang’s “Memory Pieces.” These little personality sketches Lang concocted as pianistic memorials to his various lost loved ones.

Finally, extracts from Lang’s touching (and Pulitzer Prize-winning) work, “The Little Match Girl Passion” (2007) for four outstanding singers: Grant Gershon, Elissa Johnston, Adrianne Manfredi and Cedric Berry. The ear having been been softened by what went before, marinated in music as it were, took in the golden textures of Lang’s a capella harmonies directly. I cried at one point.

As a side note, I very much enjoyed seeing the Aspen Santa Fe Ballet, at Jacob’s Pillow Dance Festival, perform a ballet by the Spanish-born choreographer, Cayetano Soto, “Uneven,” set to a score by Lang. A fabulous, abstruse and cool dance work.