What makes a balletomane? A lean. 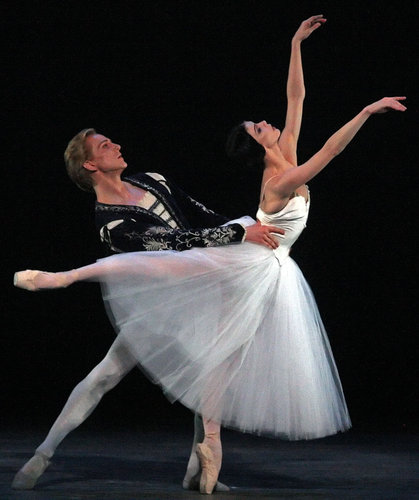 seeing the way that David Hallberg is leaning away from his “Giselle” partner, Natasha Osipova,

mazel tov, you’re a balletomane. My world and welcome to it.

Hallberg’s stance is very old-world, I never saw that precise pose before, and yet, Theodore Kosloff, who trained in the Bolshoi Academy at the turn of the 20th century, often tilted his torso in that way…

Of course Kosloff would also flare his nostrils.

Hallberg’s move to the Bolshoi, announced yesterday, is predicated in great part by the Russian coaching system.

Alastair Macaulay writes: “Each lead Bolshoi dancer, as at the Mariinsky, has a former company dancer as a full-time coach. Mr. Hallberg’s will be Alexander Vetrov, who has worked in America and speaks English.”

p.s. she [Osipova] doesn’t look too bad, either.