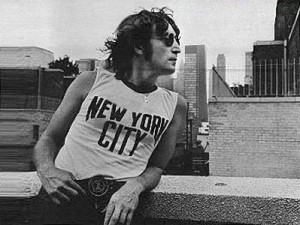 It’s not his song writing or performance that grabs me, although I like and admire that too. It’s his total artistic nature, flamboyant personality, troubled personal journey, and his bonding with a really wacky Japanese artist that endears him to me.

Yes, bonding; John and Yoko were a deeply bonded couple, for better or for worse. LENNONYC, the recent PBS “American Masters” documentary on Lennon’s post-Beatles life, explores their relationship, and more. I really liked it.

The docu describes how John and Yoko fled the U.K. to escape the British press’s persistent enmity toward her. Lennon loved New York life, and woefully, there he was murdered in 1980. It’s so horrific that the documentary does not even include visual images of his death, as though the filmmakers are too traumatized to show it. The screen just kind of goes blank.

The film documents the FBI’s four-year attempt, eventually unsuccessful, through the arm of the U.S. Immigration 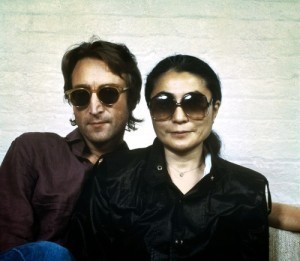 Department, to rid our nation of this marvelously outspoken artist-activist.

There’s a section on his anthem,”Woman is the Nigger of the World.”  Not a great song, but indicative of how his feminist wife influenced him to be something more than, well, a piggish rock star. Thank you, John Lennon, for your courage.

The film alludes to Lennon’s demons, his struggles with booze, drugs, and himself; how he became the human being he was following the mania of Beatlemania.

Finally, there’s a touching episode of Lennon as a devoted house-husband, as his wife tends to the family business and he raises their infant son. In a sound-bite, Sean Lennon, as a tot, sings a Beatles song. Just fantastic.