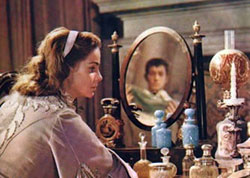 Martin Scorsese is a valued friend of the film program at Los Angeles County Museum of Art (LACMA); he’s also a friend to cinephiles everywhere through his pioneering organizations devoted to film preservation, The Film Foundation (formed in 1990) and the World Cinema Foundation (formed in 2007). 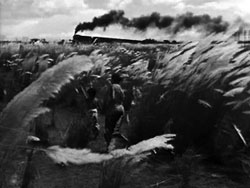 Having just written the program notes for the series, the film I most esteem is Satyajit Ray’s Pather Panchali (1955). I saw “Pather” projected at the museum’s 2002 retrospective on the Calcutta filmmaker — a revelation to those of us who had only seen poor versions of the film on VHS. The 20th Anniversary restoration screening on October 9 promises to be even better. Ray is probably the most world-renowned filmmaker whose works continue to elude DVD in the US (though the Apu Trilogy is available as a sub-par edition from Columbia), and the film’s rural textures and subtle details can only be fully appreciated on the big screen.

Although the LACMA film program was saved last year, this past summer, President Melody Kanschat told the Los Angeles Times that fund raising for the program had turned out to be “a tremendous amount of effort.”  She floated one solution: cutting the weekend second features. If that happens, thematic series such as this tribute will be virtually impossible to present, so enjoy them while you can.

Finally, note that two extra screenings—both directed by Elia Kazan—will be shown in other venues: the UCLA Film and Television Archive will present Baby Doll (1956) and the Academy of Motion Picture Arts and Sciences will screen Wild River (1960), a brilliant and absorbing film unavailable on DVD. I saw the new restoration at the TCM Classic Film Festival and wrote about it here.

Doug Cummings is a film critic who blogs at Filmjourney.org.