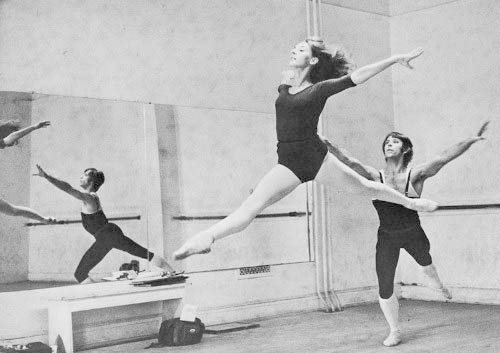 This Martha Swope photo of Cynthia Gregory with the Hungarian, Ivan Nagy, was published in a dance book I pored over as a teenager. The image had a huge impact on me — it was a proto-feminist portrait of a powerful, free young woman. Boy, did I ever want to be her.

I enjoyed a steady diet of Gregory, rotating lead roles with her fellows Eleanor D’Antuono, Sallie

Wilson, Gelsey Kirkland, and Natalia Makarova, at American Ballet Theatre in the 1970s. These women were work horses! They danced with so much heart, soul, and muscle, I remember the era as do-or-die on stage. (Or was the intensity and dance passion inside me?)

My interest was piqued to hear that the Gregory will act as artistic advisor and coach to Nevada Ballet Theatre in Las Vegas. She lives there now.

Truly a great ballerina, Gregory was with ABT from 1965 until 1991, dancing in more than 80 works by the world’s most notable choreographers including Agnes DeMille, Jerome Robbins, George Balanchine, Glen Tetley and Jose Limón among others.

When casts were announced and your Swan Lake tickets featured Cynthia Gregory as Odette-Odile, you lucked out. Great though her white swan was, she was particularly masterful as the wicked Odile, mercilessly banging out fouettes. We would count them, of course, and she never disappointed. 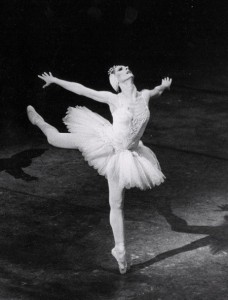 Gregory is a Los Angeles native, studying with Carmelita Maracci, Michel Panaieff and Robert Rossellat. She joined San Francisco Ballet in 1961 and ABT in 1965. Says Gregory, by email:

“I grew up in Alhambra in east LA and started ballet in Pasadena. A few years later, my poor mom had to drive me way to the other side of town where all the best teachers were located. When I was 14, we moved to SF, and I went to NY when I was 19.

After 43 years on the east coast, I’m so happy to be back out west and to share my knowledge and passion with the Nevada Ballet Theatre and its Academy.”