The first time I heard the name Jack Cole was not from a dance person but from experimental filmmaker Kenneth Anger. Upon hearing that I am a dance critic, Anger, 83, said: “Someone needs to write about Jack Cole.”

Kenneth Anger has distinct memories of hanging out with Jack Cole dancers in Paris:

“Hollywood was going through the convulsion known as the Blacklist. And I found it so obnoxious, even though my political inclinations weren’t as leftist that they would’ve got me in trouble personally. And I was too young to belong to any of the kind of organizations that made people suspect.” 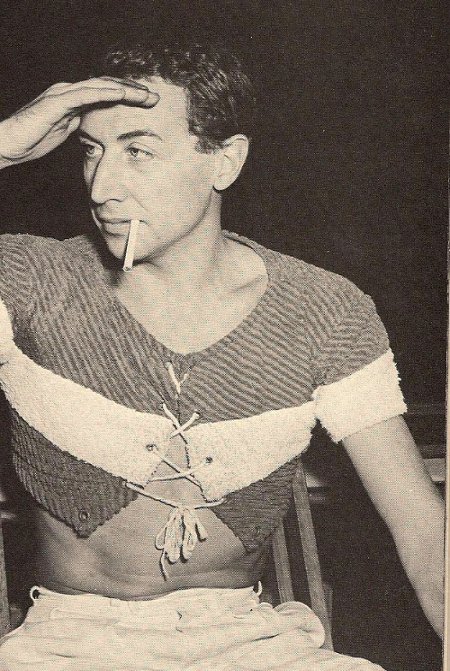 “But I knew people that couldn’t work, like the dancers in the Rita Hayworth musicals at Columbia Pictures called the Jack Cole Dancers. Many of them were from New York, and in New York during the Depression before the war, they belonged to labor organizations, or something like that, which were just trying to find people work and look after the interests of workers.”

“They weren’t communist. But the [Senator Joseph] McCarthy people and the House Committee [on Un-American Activities] later called them commies. I mean, they’re what you can call left-wing because they were trying to help the workers work!” [Laughs.]

“It was so laughable in retrospect. But I decided I didn’t want anything to do with Hollywood, because friends of mine like [actress] Gale Sondergaard the Spider Woman was blacklisted. She couldn’t work anymore. The dancers at Columbia Pictures–that danced in a dozen of them, that would dance in all the Rita Hayworth musicals like Down to Earth (1947) or Cover Girl (1944) or all those wonderful Technicolor pictures–were being subpoenaed to testify about their sympathies. And they said, “Fuck them! The hell with them! We don’t have to put up with this!”” 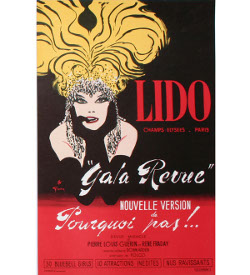 “They got an offer from the Lido nightclub in Paris, which is the most prestigious nightclub in Paris, to do their choreography and their principal dance numbers–the equivalent of getting a big position for a big club in Las Vegas. So they just took off, and they said, “Ken, come stay with us.” ‘Cuz I just graduated from high school. And they said, “Well, you can sleep with us.” So I went over with them.”

“I wouldn’t have gone off if they hadn’t had a thing set up ahead of time. My family was dead set against it. Like arriving in France with no money? Not exactly cool. But it all worked out very well. I arrived there in 1950, and the Cinémathèque Française offered me a job immediately as the assistant to the director [Henri Langlois], which made a lot of French people jealous.” [Laughs.]

Kenneth Anger (born February 3, 1927) is an American underground avant-garde film-maker and author. Born in Santa Monica, California as Kenneth Wilbur Anglemyer, he attended the Maurice Kossloff Dancing School with Shirley Temple. He gained fame and notoriety from the publication of the French version of Hollywood Babylon in Paris in 1959, a tell-all book of the scandals of Hollywood’s rich and famous. A pirated (and incomplete) version was first published in the U.S. in 1965. The official U.S. version was not published until 1974.