The brilliant witty and charming film director, Martin Scorsese, while visiting the hinterland to collect the Cecil B. DeMille award at the Golden Globes, stopped by the local museum for what was billed as a rousing discussion on the future of film there. The invitation to appear at the County Museum, LACMA, followed an outspoken public letter in which Mr. Scorsese upbraided museum director Michael Govan for his precipitous canceling of our 40-year-running film program last July. 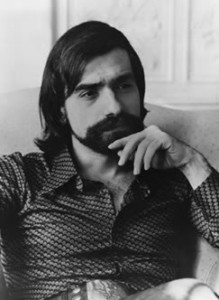 The letter, its contents and aftermath, or any real discussion about the prospects for LACMA film went missing in the genial evening. Mr. Govan and Mr. Scorsese, clearly of one mind about film as a major art form of the twentieth century, and one with special ties to Los Angeles, parried as bosom buddies who had kissed and made up. It was all one big “never mind,” and the bewildered audience was, um, treated to a lecture on film restoration that it didn’t quite sign up for — a benign presentation Mr. Scorsese ostensibly trots out to prospective funders ’round the world.

Mr. Scorsese updated us on films, near and far, in India and Egypt, all in need of his tender restorative touch. But we learned precisely nothing about the future of our own Wilshire Boulevard program, now on life support until the end of June 2010. The odd evening, carefully buffeted against the controversial, left us confused. Only one dance critic in the audience — me — was delighted when the Bing Theater captives were forced to watch clips of Moira Shearer pirouetting smartly in the recently restored “The Red Shoes,”  the pride and joy of Mr. Scorsese’s Film Foundation.

In the event’s weirdest moment Mr. Govan directly asked Mr. Scorsese: “What shall we do?” i.e., about film. Scorsese dodged the bullet.

Mr. Govan and his team laid a tremendous egg last summer (before he repaired to the Hamptons for deep thinking about the prospects for film at LACMA). Subsequently he has enjoyed nearly six months of meetings, pow-wows, dinner parties, cocktail hours, tete-a-tetes, probably hundreds of hours to ruminate on this problem. We would now like to hear his ideas, his conclusions and plans for film at LACMA. We would like evidence of his leadership, best solutions, and something real so we may put this unresolved story behind us.

During the Scorsese evening, Mr. Govan paraded his now-familiar views on “convergence” between twentieth century art and film, viz., Salvador Dali’s film experiments; Fernand Leger’s film experimentations, those of Braque. This (detour) begs the question whether Picasso ever watched a John Ford western. Removing video-art from the equation (a separate category that seems to live pretty well in LACMA art galleries), can’t we just hang Picasso on the gallery wall and fire up Ford on the Bing Theater’s mammoth screen? The cost of continuing to do what Ian Birnie has done so well for the last 13 years is about $200,000 a year; LACMA has the money and just needs to allocate it. There’s no doubt the film program has enjoyed a big uptick in attendance since the hoopla of last summer. Can we please get some acknowledgement of this from Mr. Govan?

Instead, we are left waiting for Godot to fund a multi-million $$ scheme that addresses art & film and film & art and art & film etc. etc.  We were kind of hoping Martin Scorsese would puncture this gaseous balloon with his inimitable straight talk.

While obliquely signaling support for the program by noting that “films must be screened,” Mr. Scorsese mustered the following:

“How can we develop new artistic energy without appreciating the work of the past? I had always thought LACMA was continuing with a very strong film program… Film comes from a need for story-telling. Los Angeles is where the narrative style of filmmaking was developed. Early filmmakers [in L.A.] made this style up as they went along. This is the [narrative] style that we still practice and that we will always practice. This was all done in Los Angeles.”

“Disappointing” and “a non-event” were comments heard outside the Bing from the quick-to-disperse crowd.