As a dance writer, I approached Yvonne Rainer, filmmaker, with trepidation. But she is as highly regarded in the experimental film world as she is in dance.

My apprehension was for naught having attended the first of an eight-part retrospective of Rainer’s film work at the L.A. Filmforum at the Egyptian Theater. The films are marvelous, even entertaining, if your idea of a good time encompasses a pretty rigorous aesthetic. Rainer’s minimalism strikes me as more, um, bearable than others. She displays a humanity and a genuine concern to bring her audience along, not just test and torture it!

Five of Rainer’s early, b/w, all-silent, experimental films, dated 1966 – 69, transfer components of fine dance composition to film. Rolling out in delicious anti-time and shot in a granular black and white, the director deploys a choreographer’s skill in maneuvering time, space, and object. The fascination with movement nuance, sly skill in framing action, and steady voyeuristic eye emanate from a motion connoisseur. Bundled into one viewing package, the short films intrigued me deeply, boding well for the rest of the series. 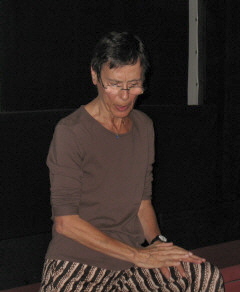 Shot when Rainer was laid up in the hospital, "Hand Movie" (1966) evokes a hand puppet show, as gentle crossing and twitching movements suggest weird little human interactions — between fingers. "Rhode Island Red" (1968) drops the viewer into an insane environment: a fully loaded, squawking chicken coop — its god-awful din and stink pristinely absent for viewers of this silent movie. Watching it in a crowded screening room lends a zany sense of film-as-mirror, and begs the question of which came first, the chicken or the audience. In "Trio Film" (1968), two post-modern dancers, Steve Paxton and Becky Arnold, toss, kick, and embrace a large balloon. The actors casually conduct their tasks in the nude, which Rainer calls "the perfect costume" for the film.

The filmmaker, present at the Sunday night show, engaged in dialogue with Lynette Kessler of Dance Camera West, and said that film gives her an added ability to "control the viewer’s gaze," i.e., beyond what’s possible in live performance. Working in film, explained Rainer while flipping her hand, is merely "tipping the stage up into a frame." It also gives access to communication channels — language, print and visual material —  that dance does not allow. 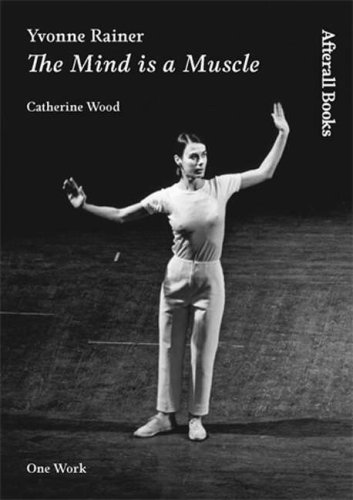 Rainer will always occupy a special place in my heart for the single greatest dance title of all time: The Mind is a Muscle.